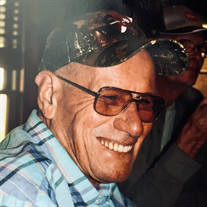 William “Bill” Reed, 82, of Onarga passed away on Tuesday, February 8, 2022. He was born on September 3, 1939, in Watseka, the son of Dwight Lincoln and Lois (Trotter) Reed. Bill married Joyce Hartman in Watseka on April 16, 1969 and she proceeded him in death on November 7, 2003. Bill is survived by three sons, James (Peggy) Gaddis Jr. of Texas, Mike (Abby) Reed of Ridgeville, Steve (Stacy) Reed of Danforth; one daughter, Melody (Matt) Clark of Onarga; his grandchildren, Jacob Clark of Oak Park, Dalton Reed of Ridgeville, Savannah Reed of Danforth, Ethan Girard of Colorado, Felecia Chance of Kansas; two sisters, Sara Jane (Terry) Lorenzen of Arizona and Ruth (Ray) Shelton of Arizona. He was preceded in death by his parents and one grandson, Brandon Steward. Bill was a veteran of the United States Army and was stationed in Korea. Bill proudly drove a truck his entire working career for various companies but worked the last 20 years and retired from Iroquois Paving Corporation. He was a member of the teamster union for many years. He loved gardening and was a fan of the Chicago Cubs and the Chicago Bears. Funeral services will be on Saturday, February 19, 2022, at the Knapp Funeral Home in Onarga at 11:00 a.m. with Rev. Jim Harkins officiating. The visitation will be two hours prior beginning at 9:00 a.m. Burial will immediately follow in the Onarga Cemetery with military rites by the Onarga American Legion 551. Bill was a casual guy, dress as you wish, but blue jeans were his style. Memorials may be given to IMH Hospice, IMH Foundation or Gilman Healthcare Auxiliary. Arrangements by the Knapp Funeral Home in Onarga. Please share a memory of Bill at www.knappfuneralhomes.com.

The family of William "Bill" Reed created this Life Tributes page to make it easy to share your memories.

William “Bill” Reed, 82, of Onarga passed away on Tuesday, February...

Send flowers to the Reed family.