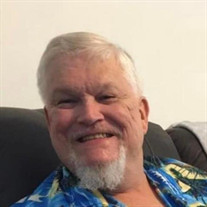 Terence “Terry” L. Keller, 68, of Watseka passed away on Saturday, November 20, 2021 at his home. He was born on August 19, 1953 in Kankakee, the son of Roy Paul and Mildred Olive (Reed) Keller. He married Susan Barber on January 19, 1976 in Kankakee and she survives in Park Ridge. He is also survived by five children, Erika (Jason Smith) Keller of Springfield, TN, Josef Keller of Brook, IN, Kristin (Aaron) Kerouac of Bourbonnais, Ahren (Morgan) Keller of Donovan, and Kurt (Amy) Keller of Watseka; sixteen grandchildren; three sisters, Barbara Hayhurst, Sandra Pelletier, and Juanita Lund; and one sister-in-law, Carol Keller. He was preceded in death by his parents and three brothers, Leroy, James, and Joseph. Terry worked at the Momence Post Office as a rural letter carrier for 23 years. Terry served in the United States Marine Corps. He was also a gun shop owner and military collector and reenactor, but his favorite hobby was being Pop-Pop to his grandchildren. Mr. Keller attended St. Anne Baptist Church and is where he accepted Jesus Christ as his Lord and Savior. Visitation will be held on Sunday, November 28, 2021 from 2:00 p.m. to 6:00 p.m. at Knapp Funeral Home in Watseka. Memorials may be made to the family’s wishes to go toward a fund for Terry’s grandchildren. Arrangements by the Knapp Funeral Home in Watseka. Please share a memory of Terry at www.knappfuneralhomes.com

The family of Terence L. Keller created this Life Tributes page to make it easy to share your memories.

Send flowers to the Keller family.