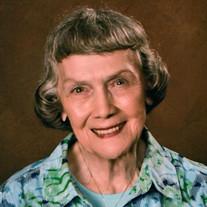 Susan M. Cotter, 94, of Chebanse, Illinois, a former resident of Bradley, Clifton, Bloomington, Illinois, and Linn Creek, Missouri, passed away on Friday, December 31, 2021, at her residence. She was born on July 28, 1927, in Bradley, Illinois, the daughter of Leon F. and Carrie A. Allgaier Marlaire. She married Robert Lyle Cotter on May 24, 1947, in Bradley. He preceded her in death on April 13, 1995. She is survived by eight sons and six daughters-in-law, Robert L. and Kathy Cotter, of Linn Creek, Missouri; Rev. James R. and Donna Cotter, of Fort Wayne, Indiana, William L. and Suzzanne Cotter, of Momence, Illinois, Thomas J. and Roberta Cotter, of Veneta, Oregon, Donald Cotter, of Chebanse, Leonard J. Cotter and Frances Roehm, of Skokie, Illinois, Ronald L. Cotter, of Atmore, Alabama, and Martin A. and Mandy Cotter, of Gulf Shores, Alabama; four daughters and two sons-in-law, Mary T. Alumbaugh, of Bloomington, Linda M. Williams, of Chebanse, Susan and Markus Schaufele of Des Plaines, Illinois, and Frances and Mark Amato, of Eugene, Oregon; 34 grandchildren; 71 great-grandchildren; 3 great-great granddaughters; and one brother and sister-in-law, Leon and Vicky Marlaire, of Birmingham, Alabama. Susan was preceded in death by two brothers and sisters-in-law, Art and Maryadelle Marlaire and Mark and Heloise Marlaire; and three sisters and brothers-in-law, Frances and Edgar Ehrich, Lorraine and Harold Knickerbocker and Theresa and Richard Delabre. Also preceding her in death were a son-in-law; William Alumbaugh and a granddaughter; Brooke Coburn. Susan was a member of Sts. Mary and Joseph Catholic Church in Chebanse; a lifetime member of the American Legion Auxiliary in Bradley, and past president of Altrusa in Bloomington, Illinois. She enjoyed traveling and especially spending time with her family. Susan and her husband Lyle had owned and operated Cotter’s Bakery in Bradley for many years and also had a bakery in Bloomington before retiring in Missouri. A visitation will be held from 3 p.m. to 7 p.m. on Thursday, January 6, 2022, at Knapp Funeral Home in Clifton. The funeral mass will be at 10 a.m. on Friday, January 7, 2022, at St. Peter’s Catholic Church in Clifton. Interment will be in Clifton Cemetery. Memorials may be made to the Monastery of the Infant Jesus, 1501 Lotus Lane, Lufkin, TX 75904-2615.

Susan M. Cotter, 94, of Chebanse, Illinois, a former resident of Bradley, Clifton, Bloomington, Illinois, and Linn Creek, Missouri, passed away on Friday, December 31, 2021, at her residence. She was born on July 28, 1927, in Bradley, Illinois,... View Obituary & Service Information

The family of Susan M Cotter created this Life Tributes page to make it easy to share your memories.

Send flowers to the Cotter family.