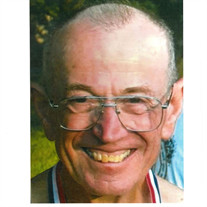 Robert “Bob” Pool, 84, of Danforth and formerly of Onarga passed away on Thursday, February 4, 2021 at Faith Place in Danforth. He was born on June 15, 1936 in rural Piper City, the son of Oscar F. and Aldea M. (Rabideau) Pool. He is survived by three brothers, Dale (Joyce) Pool of Onarga, John (Joyce) Pool of Thawville, and William “Bill” (Joan) Pool of Gibson City; one sister, Linda (Douglas) Porick of Fishers, IN; one brother-in-law, Ronald Crosby of Republic, WA; 16 nieces and nephews; and 24 great nieces and nephews. Bob was preceded in death by his parents; his step-mother, Alice Movern Pool; two brothers Richard and wife Norma Pool and James and wife Grace Pool; two sisters, Rita Crosby, and infant sister, Helen Pool; and one niece and one nephew. Mr. Pool was a member of East Central Fur Takers Organization, where he was an officer for twenty years, and was a lifetime member of Fur Takers America. He graduated from Onarga High School in 1954, was a U.S. Army veteran, and farmed in Thawville, Crescent City, Buckley, and Onarga throughout his life. Bob ran hundreds of 5K and 10K road races, three river-to-river relay races in southern Illinois, and several half marathons. He was a member of Second Wind Running Club in Champaign, where he was awarded Runner of the Year in 2000, Starved Rock Running Club, Vermillion Valley Striders, Kennekuk Running Club of Danville, Lake Run Club in Bloomington, and Kankakee River Running Club. After retiring from farming, Bob became an avid golfer with a membership at Shagbark Golf Club, where he participated in Thursday night men’s golf league. Graveside services will be held at a later date at Del Rey Cemetery. Arrangements by Knapp Funeral Home in Onarga. The family would like to thank the workers at Prairieview Lutheran Home for the wonderful care they gave Bob over the last three years. Memorials may be made to Prairieview Lutheran Home in Danforth or to the donor’s choice.

The family of Robert "Bob" Pool created this Life Tributes page to make it easy to share your memories.

Robert “Bob” Pool, 84, of Danforth and formerly of Onarga passed...

Send flowers to the Pool family.