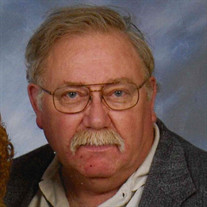 Philip A. Carlson, 79, of Donovan passed away on Thursday, December 16, 2021 at his residence. He was born on October 16, 1942 in Watseka, the son of Haymond “Sie” and Louise Angeline (Johnson) Carlson. He married Deborah Chapelle on August 8, 1992 at Central Christian Church in Bourbonnais and she survives. Besides his wife, Deborah Carlson of Donovan, he is survived by two sons, Derek Carlson of Watseka and Rick Noto of Bourbonnais; one daughter, Alise Recinos of California; one granddaughter, Annabella Recinos; two brothers, Brian Lee Carlson of Metropolis, IL and Paul “Pup” (Glenda) Carlson of Watseka. He was preceded in death by his parents and one infant sister, Nancy Carlson. Philip was a former Fire Chief of Donovan Fire Department. He was a lifetime member of the Boy Scouts of America where he received several awards. In 1960 he became an Eagle Scout and in 1983 he received his highest honor, The Silver Beaver. Philip was a 20-year member of the Disciples of Christ Church in Watseka and attended the Covenant Federated Church in Kentland. He worked as an electrician for Ford Motor Co. in Chicago Heights for forty years. Visitation will be from 4:00 – 7:00 p.m. on Monday, December 20, 2021 at Knapp Funeral Home in Watseka as well as one hour prior to the funeral service. Funeral services will be at 10:00 a.m. on Tuesday, December 21, 2021 at Covenant Federated Church in Kentland. Rev. Wayne Meyer will officiate. Burial will follow at Beaver Cemetery in Donovan. Memorials may be made to Iroquois Memorial Hospice or Disciples of Christ Churches.

The family of Philip A. Carlson created this Life Tributes page to make it easy to share your memories.

Philip A. Carlson, 79, of Donovan passed away on Thursday, December...

Send flowers to the Carlson family.