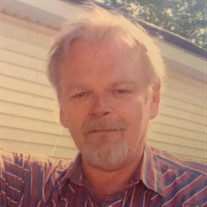 Paul E. "Cub" Sorensen Jr., 65, of Chebanse, passed away Monday (Jan. 11, 2021) at his home in Chebanse, following a short illness. He was born July 27, 1955 in Kankakee. Cub was raised by his parents, Sharon and Charles “Chick” DeLong Sr., who preceded him in death. His father, Paul E. "Bear" Sorensen Sr., also preceded him in death. Surviving are four daughters and sons-in-law, Lisa (Matilde) Miramontes, of Bourbonnais; Angelique (Timothy) Ahrens, of Limestone; Sindi (Christopher) Blanchette, of St. Anne; and Destini (Daniel) Britt, of Clifton; one son, Lucas (Shelby Merrier), of Chebanse; two brothers, Chris (Wendy) Sorensen, of Peotone; Charles DeLong Jr. (Tracy Merrier), of Chebanse; two sisters, Deborah (Bruce) Nephew, of Danforth; Sheri Koselke, of Clifton; and two aunts and one uncle, Dee Webber, of Chebanse; Janice (Chuck) Brough of Bethune, South Carolina. He is also survived by 18 grandchildren, Marco (Alyx), Olivia and Michael Miramontes; Tyrece, Tyra, Eleanor and Millicent Ahrens; Alec and Tait Blanchette; Willow and Lane Sorensen; Maddox, Rilee, Nora, Maddee, Logan, Ryann, Nolan Britt; and special friends Larry Fleischmann, Larry and Jenny Laird as well as many nieces, nephews and cousins. Cub began working for his uncle at A N Webber Trucking at just 12 years old, changing truck tires. He logged 47 years total working for the family and wore many hats during that time. From Mechanic, OTR Driver, Owner/Operator, Dispatch, Shop Manager, Dispatch Manager, Intermodal Manager, Fuel Manager and ending with Driver Services Manager. He also worked for Uptown Grille in Chebanse from 2012 until April 2020 as a bartender where he was famous for his Bloody Mary creations. Though he worked many years and right up until the time of his illness, Cub was a family man. His grandchildren adored him and his home was the site of many family gatherings at holidays or even just cookouts in the summer. His grilling was legendary and not many left his house without groaning about a full belly. There were many times he would surprise others with home delivered meals. A lot of times those meals were made with vegetables he grew in his garden. Tomatoes and all varieties of peppers were always available in the summer. In addition to his parents, he is preceded in death by his grandparents; one grandson (Tyson); one sister, Cynthia Sorensen; brother-in-law Paul Koselke, uncle Neal “Jerk” Webber; and many other family members and friends. Due to COVID there will not be a public viewing. Burial will be at Evergreen Cemetery in Chebanse with public services at 11:30 on Friday, January 15, 2021. In lieu of flowers, memorials may be made in Cub’s name to The Ronald McDonald House Charities.

The family of Paul E. Sorensen Jr. created this Life Tributes page to make it easy to share your memories.

Send flowers to the Sorensen family.