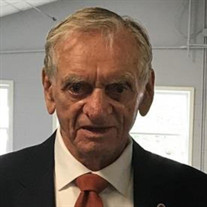 The family of Melvin W. Schriefer created this Life Tributes page to make it easy to share your memories.

I was born in Danforth, Illinois to Herman William (Happy) Schriefer...

Send flowers to the Schriefer family.