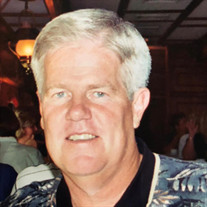 Joseph “Joe” V. Mathy, 68, of Chebanse passed away Wednesday, October 14, 2020 at the Illinois Veteran’s Home in Manteno. He was born July 27, 1952 in Clifton, the son of LaVerne and Zeah (Hawkins) Mathy and they preceded him in death in addition to one sister, Claudia Schmidt; father-in-law, Howard Meyer; and brother-in-law, Jim Meyer. He married Jeanne Meyer on June 3, 1972 in Chebanse and she survives. Also surviving are one son, Jason (Michelle) Mathy of Chebanse; one daughter, Jennifer (Adam) McMullen of Streator; three sisters, Elia (Kelly) Hunt of Coatsville, IN, Terri Hindman of Kankakee and Pally Fehrenbacher of Clifton; brother-in-law, Roy Schmidt of Clifton; sister-in-law, Adele Meyer of Hermitage, TN; mother-in-law, Melba Meyer of Chebanse; and six grandchildren, Andie, Kaylee, Brooke, Anna, Charli and Wyatt. Joe served in the U.S. Army and was a member of the Chebanse American Legion Post #408. He was a police officer in Bourbonnais and Chebanse and then later was the Iroquois County Sheriff for 21 years. After retiring from the Sheriff’s Dept., he was the warden at the Dwight and Pontiac prisons and later was the safety coordinator at Iroquois Paving Corp. He was the former president of the Illinois Sheriff’s Association. Joe attended Zion Lutheran Church in Chebanse and enjoyed golfing, boating, reading, jogging, walking, and taking road trips with his wife. Visitation will be from 3:00-7:00 pm on Monday, October 19, 2020 at the Knapp Funeral Home in Clifton. Private services will be held with Rev. Keene Whybrew officiating. Memorials may be made to the Illinois Veteran’s Home in Manteno. Please share a memory of Joe at knappfuneralhomes.com.

The family of Joseph V. Mathy created this Life Tributes page to make it easy to share your memories.

Send flowers to the Mathy family.