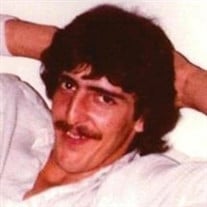 Donald Lee “Greenie” Green, 60, of Kentland passed away on Thursday, October 29, 2020 at Franciscan Health Lafayette East in Lafayette, IN. He was born on October 4, 1960 in Lafayette, the son of Dale L. and Hailey L. (Collins) Green. He is preceded in death by his parents; one brother, Jimmy Green; two sisters, Mary Lou Muller and Judy Green; and a dear child who he considered his own, Robbie Fell. He is survived by two daughters, Kara Crisp of Fowler, IN and Brook King of Fowler, IN; two granddaughters, Maci King and Rocklyn Crisp; three sisters, Patricia Platteter of Sheldon, Barbara Murphy of Duncannon, PA and Eva (Jeff) Black of Marysville, PA; one brother, Dan (Gail) Green of Otterbein, IN; and many nieces and nephews. Don enjoyed the outdoors, specifically hunting, fishing, trapping, and boating. He was a collector of many things and had a wonderful sense of humor that everyone knew of due to his stories and jokes. He had a love for horticulture and had a true “green thumb”. He loved spending time with his family and his girls. Don lived off the grid most of his life but had a great passion for patriotism and a love for his country. The family would like to personally invite President Donald Trump, who Don was a great fan of, to his Celebration of Life party. Cremation rites are being handled by the Knapp Funeral Home in Watseka. A Celebration of Life will take place from 1:00-5:00 pm on Saturday, November 14, 2020 at his daughter, Brook’s house at 905 E. 3rd St. in Fowler. An after party will follow starting at 6:00 pm at The Local in Fowler. Don would want everyone to have a good time. Memorials may be made to the family’s wishes. Please share a memory of “Greenie” at knappfuneralhomes.com.

The family of Donald L. Green created this Life Tributes page to make it easy to share your memories.

Donald Lee “Greenie” Green, 60, of Kentland passed away on Thursday,...

Send flowers to the Green family.