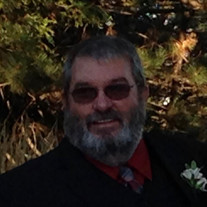 Dean Alan Schmohe, 62, of Gilman passed away on Monday, April 26, 2021 at his home. He was born on October 23, 1958 in Paxton, the son of Donald Dean and Arlene Fay (Smith) Schmohe. Dean married Laurel Bogard on March 5, 1999 in Watseka and she preceded him in death on June 7, 2017. He was also preceded in death by his father and one daughter, Danielle Schmohe. He is survived by two sons, Bill (Melissa Johnson) Legan of Piper City and Brandon (Rebecca) Schmohe of Cedar Lake, IN; two daughters, Heather (Andy) Hazelwood of Paxton and Nicole (Andy) Koeltz of Metropolis; his mother, Arlene (the late Bill) Glenn; eight grandchildren, William, Blake, Bailey, Jackson, Isabell, Bryce, Jolene, and Danielle; one brother, Daniel (Debbie) Schmohe; and one sister, Dianne Schmohe. Mr. Schmohe enjoyed fishing, riding his Harley, and spending time with his grandkids. Visitation will be held on Friday, April 30, 2021 from 5:00 p.m. to 7:00 p.m. at Knapp-Redenius Funeral Home in Gilman. Private services will be held with Rev. Dr. Carol Lange officiating. Burial will be held on Tuesday, May 4, 2021 at 1:00 p.m. at Ridgeland Twp. Cemetery in Thawville.

The family of Dean Alan Schmohe created this Life Tributes page to make it easy to share your memories.

Dean Alan Schmohe, 62, of Gilman passed away on Monday, April...

Send flowers to the Schmohe family.