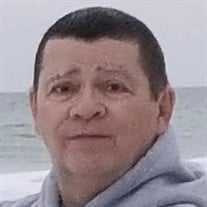 David “Dave” W. Hill, 73, died at home in Gilman, IL, on September 8th, 2020. David was born in Watseka, IL on June 27th, 1947 to Martha and Wayne Hill. He graduated from Gilman High School in 1965 and enlisted in the United States Marine Corps. He proudly served in Vietnam from 1966 to 1969. After returning from war, David worked at Bunge Edible Oils in Bourbonnais, IL, until he retired in 2015. David enjoyed watching his grandchildren play sports and loved the Chicago Bears and White Sox. He had an incredible, twisted sense of humor and was the type of guy that would give you the shirt off his back. In his own words, “it was all fun and games until the end.” He is survived by wife, Barbara Hill, daughter, Karey Tammen (David Tammen, husband), five grandchildren (Alex Hill, Hunter Hill, Jacob Hill, Payton Tammen, Sophia Tammen), one great-grandchild (Ghosia Hill), and brother (James Hill). He is predeceased by son, Dr. Sean Hill. A Celebration of Life will be held Sunday, September 13, 2020 at the Inside Out in Gilman, IL from 2pm to 6pm. He will be interned at the Danville National Cemetery. Arrangements by Knapp-Redenius Funeral Home in Gilman.

The family of David "Dave" Hill created this Life Tributes page to make it easy to share your memories.

Send flowers to the Hill family.