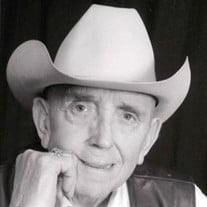 Charles "Chuck" Decker was born August 15, 1930, in Watseka, IL, to Glenn and Olive (Pitzer) Decker. Chuck was married to Lois Van Hoveln for 30 years, and had 3 sons: Denny Decker of Muskego WI; Tim Decker and grandson, Matthew, of Evansville, IN; and Randy Decker of Allen, TX, who passed away from cancer in 2007. Chuck later married Shari Jannusch. They were married for 20 years and had 1 daughter, Sarah. Lastly, Chuck married JoAnn Birr of Buckingham, IL. They had been married 13 years, until his passing. Chuck attended the White School by Bryce, IL, for 1st through 3rd grade; public school in Tangier, IN, for 4th through 8th grade; and then graduated from Stockland High School in Stockland, IL. After graduating, Chuck served in the Navy during the Korean War. He later returned home and joined his dad, Glenn, and brother, Don, in buying livestock. Decker's Hog Markets grew from 1 to 8 markets in Illinois and Indiana, where they purchased hogs direct from farmers and shipped to packers on the East coast. One year, the market at Charleston, IL, bought 500 hogs a day. At Decker’s weekly sale barn auction, Chuck built the sale of feeder pigs into one of the largest in Illinois, selling 1000 – 2000 pigs a week. With an eye for innovation, Chuck worked with the Wilson Trailer Company to design a livestock trailer to utilize the empty space between the forward and back wheels of 18-wheeler tractor-trailer combinations. The result was the drop center livestock trailer, often called the “possum-belly,” which is commonly seen on highways today. Later, a research paper envisioning a computerized system for marketing live hogs, prompted Chuck to partner with a University of Illinois professor to set up the Hog Exchange. Chuck was with the Hog Markets from 1950 until he retired in 2014 at the age of 84. Chuck also showed horses in speed events until he was 72 years old. Some highlights of that were: When age 54, he won 3rd place in Pole Bending at the World’s Largest Quarter Horse Show in Springfield, OH, competing against 98 horses from the US and Canada. The same year, against another large Pole Bending class at the World Champion Quarter Horse Show in Oklahoma City, he placed 11th. Chuck's fastest time in Pole Bending though was 20 seconds, which placed him 1st at the Crown Point, IN, fair. Chuck was on the advisory board for Parkland College the year it opened in store buildings in Champaign. He also served on the Board of Directors of the Wellington State Bank and 1 year as President of the Independent Livestock Association. Funeral services will be at 12:30 pm on Monday, February 21, 2022, at Milford Christian Church in Milford. Rev. Brent Zastrow will officiate. Burial will follow at Maple Grove Cemetery in Milford. Visitation will be two hours prior to the service at church, from 11:00 am-12:30 pm. The Knapp Funeral Home in Milford is handling the arrangements for the family. Memorials may be made to the Donor’s Choice. Please share a memory of Chuck at knappfuneralhomes.com.

The family of Charles "Chuck" Decker created this Life Tributes page to make it easy to share your memories.

Send flowers to the Decker family.