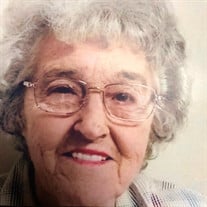 Bonnie Mae Potts, 89 of Chebanse passed on Thursday, November 12, 2020 at her home. She was born on June 23, 1931 in Kankakee, the daughter of Roy Lester and Pearl Schumaker Droste and they preceded her in death. She moved to Chebanse when she was in 5th grade and remained there the rest of her life. She graduated from Chebanse High School in 1949 and married her high school sweetheart, Donald J. Potts on July 19, 1952. He preceded her in death on December 1, 1966. Their marriage was blessed with two children, Donn Allen and Toni Potts of Chebanse and Bonnie Ruth (Cookie) and Calvin Hickson of Chebanse. There are four grandchildren; Bonnie (Jacob) Leroy of Chebanse, Becky (Gary Barbieri) Stam of Chebanse, Ben (Ashley) Potts of Clifton, Merrie (Frank) Pina of Florida, Calvin (Lauren) Hickson of Chebanse, and Kyle (Katrina) Hickson of Limestone. There are ten great-grandchildren, Katelynn Stam, Bryce Mullikin, Emily Barbieri, Riley Barbieri, Lilly Pina, Levi Pina, Frank Pina, Christian Potts, Easton Potts and Danny Garcia. In addition, Bonnie is survived by a sister, Melba Meyer of Chebanse, two brothers-in-law, Vernon Brault of Martinton and Don Meier of Chebanse, and sister and brother-in-law, Judy and Gene Guenette of Chebanse. In addition to her parents and husband, she was preceded in death by two sisters, Donna Brault and Betty Wood, two sisters-in-law, Norma Koch and Velma Meier, and three brothers-in-law, Howard Meyer, Robert Koch, and Don Wood. Bonnie worked at the General Foods center in Bradley, she then went to work for her brother-in-law Howard Meyer at Schultz Agency Insurance, retiring after 30 years. She was also the Village Clerk of Chebanse for many years. She was a member of the United Church of Christ in Chebanse. Bonnie loved spending time with her family and friends, especially her grandchildren, one of whom was Katelynn Stam, a great-granddaughter whom she helped raise and lived with her to the final days. She loved red roses, Cardinals, her children, and animals. Visitation will be held on Saturday, November 14, 2020 from 10:00 a.m. until the private 12:00 p.m. funeral service at the United Church of Christ in Chebanse with Rev. Joel Brown officiating. Burial will follow at Evergreen Cemetery in Chebanse. Pallbearers will be Jake Leroy, Gary Barbieri, Calvin Hickson, Jason Mathy, Ben Potts, and Kyle Hickson. Arrangements by Knapp Funeral home in Clifton.

Bonnie Mae Potts, 89 of Chebanse passed on Thursday, November 12, 2020 at her home. She was born on June 23, 1931 in Kankakee, the daughter of Roy Lester and Pearl Schumaker Droste and they preceded her in death. She moved to Chebanse when she... View Obituary & Service Information

The family of Bonnie Mae Potts created this Life Tributes page to make it easy to share your memories.

Send flowers to the Potts family.