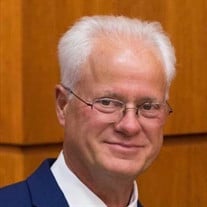 Armand “Gene” Poskin, 69, of Ashkum passed away on Monday, November 8, 2021 at Faith Place in Danforth. Gene was born on January 4, 1952 in Watseka, the son of Armand W. and Pearl Elizabeth (Tholen) Poskin and they preceded him in death. He married Janice Rutherford on June 23, 1984 in Ashkum and she survives. Besides his wife, Janice Poskin, he is survived by one son, Grant Poskin of Ashkum; three daughters, Nicole (Lance) Chrisman of Maryville, Amanda (Jonathan) Poskin-Moreno of St. Louis, MO, and Aimee (Dalton) Shasteen of Mahomet; five grandchildren, Mikaila, Gavin, Jacob, Zoey, and Maeve; two brothers, Tom (Liz Belanger) Poskin of Lexington, KY and Randy (Mona) Poskin of Ashkum; and several nieces and nephews. Gene was a life-long farmer as well as Rural Mail Carrier for forty-one years. He was a member of Assumption BVM Catholic Church in Ashkum. He loved working in his yard and enjoyed playing and watching sporting activities. Visitation will be from 4:00 – 8:00 p.m. on Friday, November 12, 2021 at Knapp Funeral Home in Clifton. A Funeral Mass will be at 10:00 a.m. on Saturday, November 13, 2021 at Assumption BVM Catholic Church in Ashkum with Fr. Doug Hauber officiating. Burial will follow at Ashkum Catholic Cemetery. Memorials may be made to Alzheimer’s Association or Faith Place in Danforth.

The family of Armand "Gene" Poskin created this Life Tributes page to make it easy to share your memories.

Armand “Gene” Poskin, 69, of Ashkum passed away on Monday, November...

Send flowers to the Poskin family.