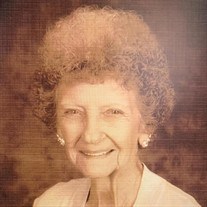 Ardene Bernice Glover, 87, of Monterey, TN passed away on Thursday, December 16, 2021 at her daughter’s home. Ardene was born June 27, 1934 in Buckley, the daughter of George and Minnie (Wagner) Dippel and they preceded her in death. She married John Glover Sr. in Hoopeston on July 17,1970 and he preceded her in death on June 15, 1992. She was also preceded in death by two brothers, Marlin and Roy Dippel and one sister, Laverne Morton. She is survived by eight children, Richard (Mary) Henson of Chandler, IN, Larry Henson of Rickman, TN, Kenneth Henson of Hoopeston, Marcia (Joe) Mayberry of Loves Park, IL, Karen Hedgecoth of Monterey, TN, John (Ann) Glover Jr. of Ocala, FL, Jill Glover of Elk Fork, KY, and Michael (Amy) Glover of Duck, WV; three sisters-in-law, Ruthie Dippel of Peoria, Joann Binkley of Sparta, TN, and Marcia Smith of Hoopeston; twenty-five grandchildren; twelve great-grandchildren; three great-great grandchildren; and many nieces and nephews. She was a member of the United Methodist Church in Wellington, IL, Crossville, TN, and West Liberty, KY. Ardene was an avid bible reader and enjoyed sewing, especially making Christmas gifts for all of her family. Visitation will be from 11:00 a.m. until the 1:00 p.m. funeral service on Wednesday, December 22, 2021 at Knapp Funeral Home in Milford. Burial will follow at Sugar Creek Cemetery in Stockland. Memorials may be made to the family’s wishes to help pay for funeral costs.

Ardene Bernice Glover, 87, of Monterey, TN passed away on Thursday, December 16, 2021 at her daughter&#8217;s home. Ardene was born June 27, 1934 in Buckley, the daughter of George and Minnie (Wagner) Dippel and they preceded her in death.... View Obituary & Service Information

The family of Ardene Bernice Glover created this Life Tributes page to make it easy to share your memories.

Ardene Bernice Glover, 87, of Monterey, TN passed away on Thursday,...

Send flowers to the Glover family.