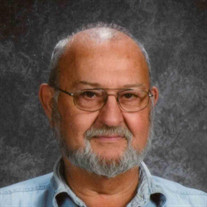 A. Neil Leveque, 81, of Ashkum passed away on Tuesday, January 5, 2021 at St. Mary’s Hospital in Kankakee. He was born May 28, 1939 in Keokuk, Iowa, the son of Oscar A. and Mary (Moyer) Leveque and they preceded him in death in addition to a half-sister, Betty Sheik. He married Lea Hinrich on September 27, 1959 in Clifton and she survives in Ashkum. He is also survived by one son, James Leveque of Buckley; one daughter, LeAnn (Jay) Jaycocks of Las Vegas, NV; three grandchildren, Christopher (Kierstin) Shires of Clifton, Lori (Elizabeth) Kops Juarez of Chicago and Kristylynn Los of Ashkum; one great-grandson, Jay Shires at home in Clifton; one brother, Richard Leveque of Ashkum; one sister, Flora Wood of L’Erable; and several nieces and nephews. Neil started working with his father at Oscar A. Leveque & Sons that was established in 1952 and then became co-owner & operator with his brother, Dick, of Leveque Sons that was established in 1970. He retired in 2001 selling the business to his nephew, Mike. He later drove a school bus for Central Schools and a charter bus for Wilken Bus Service. Neil was instrumental with others in revitalization of Civil Defense in Iroquois County, which is now E.S.D.A. He helped many stranded civilians during the blizzards in the late 1970’s and early 1980’s. He served 2 terms on the Clifton Town Board and was pivotal in revitalizing the Clifton Sportsman Club. Neil shot muzzle loaders in competitions throughout the country, was a state champion tomahawk thrower, umpired Little League and girls softball games, played in the local softball league, and was active in the local Scouts (Troop 62 & 162). He enjoyed hunting, woodworking, building muzzle loaders, making junk sculptures for lawns, and traveling. Neil was always in search of a perfect hot dog and simple foods. Public visitation will be from 3:00-6:00 pm on Thursday, January 14, 2021 at the Knapp Funeral Home in Clifton. A private memorial service will also be held with Rev. Pete Hinrich officiating. ***Please be advised, during the visitation at Knapp Funeral Home in Clifton, only 10 people will be let into the building at a time. Please dress accordingly. Masks and social distancing will be required. In lieu of flowers, memorials may be made to the Wild Turkey Federation. Please share a memory of Neil at knappfuneralhomes.com.

The family of A. Neil Leveque created this Life Tributes page to make it easy to share your memories.

A. Neil Leveque, 81, of Ashkum passed away on Tuesday, January...

Send flowers to the Leveque family.